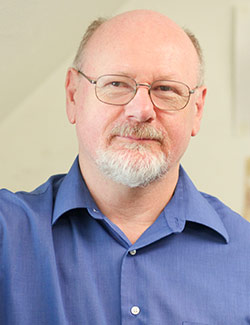 Ptolemy I of Egypt: Alexander the Great’s Greatest Successor?

This year’s distinguished speaker is University of Missouri Professor Ian Worthington, an internationally recognized authority on the ancient world, particularly Greece and Macedonia during the time of Alexander the Great.

“Worthington’s work makes an important contribution to our understanding of statesmanship, oratory and warfare in ancient Greece. He is an energetic and vibrant historian and classicist.” —Barry Strauss, professor of humanistic studies, Cornell University

When Rome defeated Antony and Cleopatra and annexed Egypt in 30 BC, the rule of the longest-lived of the Hellenistic dynasties, the Ptolemaic, came to an end. Its founder, Ptolemy (367-283), was a friend and personal bodyguard of Alexander, fighting alongside him in the epic battles that toppled the Persian Empire and fashioned a Macedonian Empire stretching from Greece to India. Worthington will focus his lecture on Ptolemy, whose patience and cunning distinguished him from Alexander’s other generals.

“Ptolemy was a conscious imperialist who founded an Egyptian empire, established the Library and Museum at Alexandria, which became the intellectual heart of the Hellenistic Age as even the Romans recognized, and thought of himself as a second Alexander,” Worthington says.

A prolific scholar and gifted speaker, Worthington has written seven books that have found a wide international audience. He has edited more than 100 articles and nine books and has published two volumes of translations and essays on Greek history, oratory and epigraphy. In addition, he is a sought-after speaker and has acted as a consultant for National Geographic and the BBC.

“For anyone interested in the study of strategy or nation building, Professor Worthington’s books should be a must-read. He not only produced what I consider definitive histories of Philip II [of Macedon] and Alexander, but histories that have much to teach us in today’s volatile era of global affairs,” says Endy D. Zemenides, executive director of the Hellenic American Leadership Council.

Worthington has been part of MU’s faculty for 18 years, teaching courses in Greek history, western civilization and ancient history. In 2013, he received a Curators Distinguished Professorship, the highest and most prestigious academic rank awarded by the Board of Curators of the University of Missouri System. Worthington also was honored with the William H. Byler Distinguished Professorship Award in 2010, the Student-Athlete Advisory Council Most Inspiring Professor Award in 2007 and the Chancellor’s Award for Outstanding Research and Creativity in the Humanities in 2005.

“Despite the great detail and historical caution that must be part of scholarly works, Worthington manages to make it all accessible and fascinating to a broad readership,” says David Konstan, a classics professor at New York University.

The annual Corps of Discovery Lecture features an outstanding MU faculty member to commemorate the contributions of the Lewis and Clark expedition and to inspire and unite the university community. Reinforcing “discovery,” one of the university’s core values, the lecture is intended to represent MU’s diverse academics in science, art, humanities, law, medicine, engineering, education, journalism and business